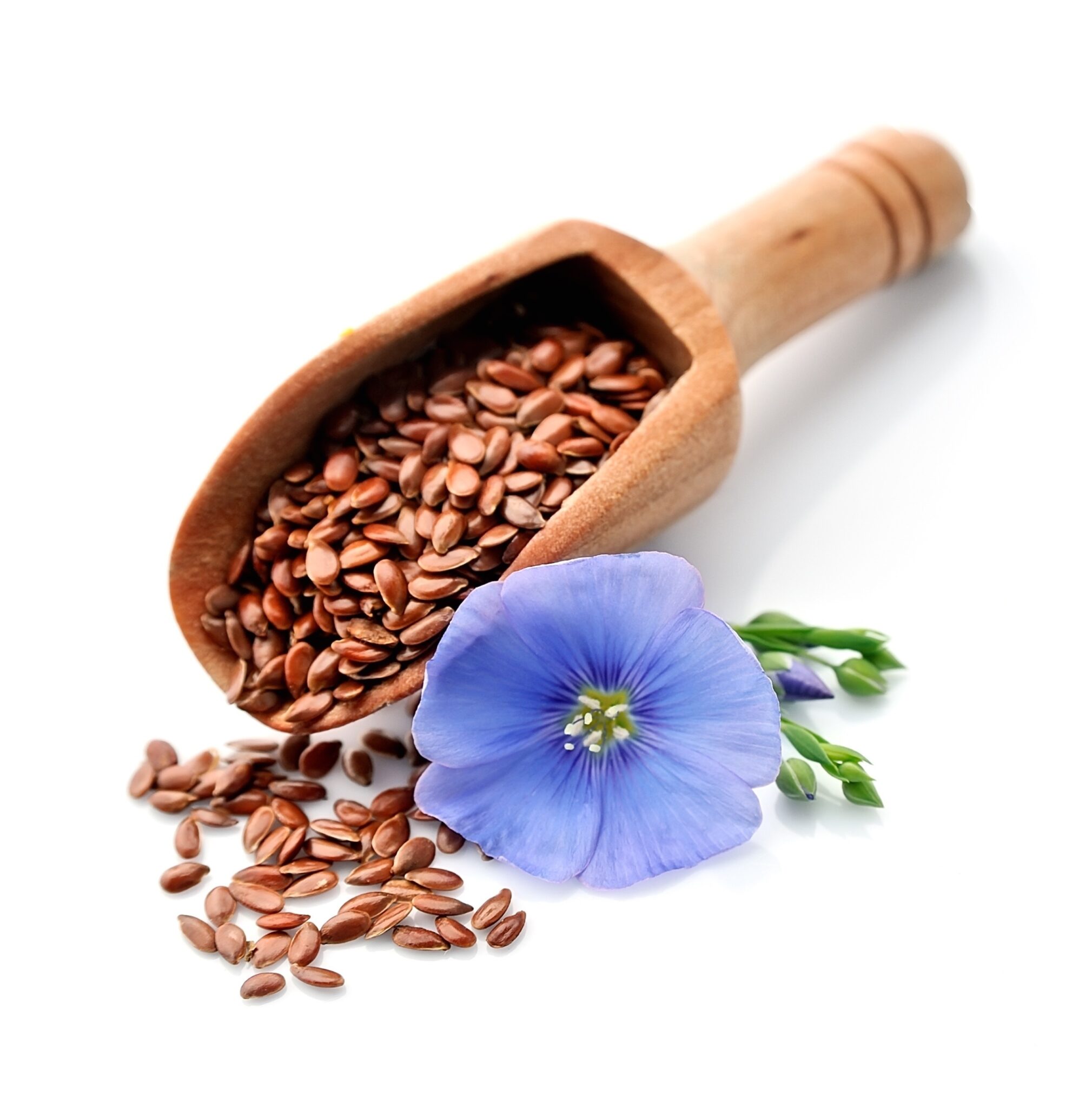 Now a day’s food is not only synonymous to satisfy hunger but becomes an important representative of staying mentally and physically healthy. Healthy food is a wise choice which saves us from many nutritional related diseases and keeps in controlling certain lifestyle-related diseases like diabetes blood pressure etc. Flaxseed (Linum usitatissimum Linnaeus) is rich in alpha-linolenic acid (ALA) (55%) of the total flaxseed fatty acid content. This ALA, an omega-3 fatty acid can reduce the risk for coronary artery disease, fatal ischemic heart disease among women, and high blood pressure (1). Thus included under the superfood level. Some of the flaxseed benefits are as follows

Flaxseed or Linseed (Linum usitatissimmum) is rich in α-linolenic acid (ALA), lignans, protein, and dietary fiber. Per 100 g of flaxseed according to National nutrient database (2) contains the following constituents

Some of the flaxseed benefits are reduced heart-related problems, hypertension, and blood sugar level.

According to a study (4), it was found that when 12g omega-3-fatty acid was taken three times a day in the form of flaxseed oil and flaxseed flour supplemented products showed a reduction in blood lipids in young women.

Flaxseeds are rich in omega-3-fatty acids helps in the reduction in hypertension by controlling cholesterol and triglyceride levels compared to soy protein and casein protein (5).

According to studies (6) done on mice, it was proved that flaxseed oil is responsible for preventing colon cancer by suppressing colon tumor development. As flax is gluten-free, people who are sensitive to gluten can enjoy flax in their diets (Morris, 2003).

Flaxseeds due to its high dietary fiber help in increasing bile movement therefore also act as a laxative. The insoluble and soluble fiber adds bulk to the waste products hence increasing the gastrointestinal movement (6).

7. High lignan of flaxseed as an antioxidant

Flaxseeds are the richest source of lignan particularly secoisolariciresinol diglucoside (SDG). The lignan present in flaxseed acts as an antioxidant by preventing oxygen radical formation and therefore ultimately helps in prevention against cancer.

Gluten is a protein found in wheat, barley, and oats. Certain people are sensitive to gluten. Consuming gluten contains food rises a condition where the mucosal lining of the gastrointestinal tract gets irritated and hence results in inflammation known as chronic inflammation disorder or celiac disease. Flaxseed is the best alternative source for those people who have this disease (7).

According to a study done by the Consumption of flax seeds helps in lowering the serum lipid cholesterol by 9%. (8). In another study, it was found that flax seeds when consumed with sunflower oil helps in cholesterol reduction in hypercholesteremic rats compared with hard fat diets (9).

The side effect of Flaxseed

Flaxseed contains hydrogen cyanide although it is far below the estimated toxic level. But it was recommended that an individual should take not beyond 1-2 tablespoon of flaxseed per day. And roasting of flaxseed is also recommended in order to eliminate cyanogenic glycosides (10).