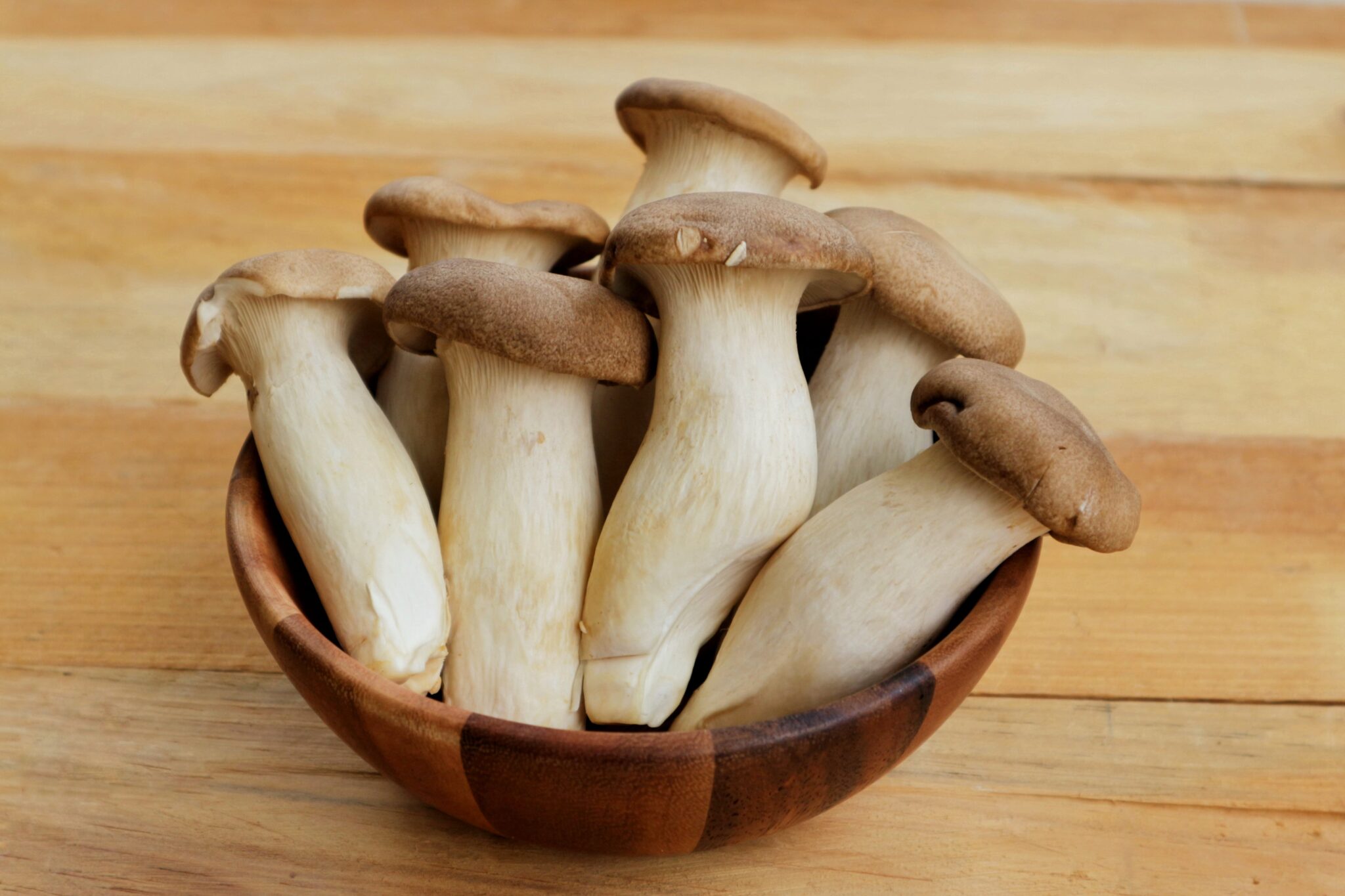 Cultivated in: Mediterranean Basin, Central and Southern Europe, and Central and Western Asia (1).

It is very popular and is highly appreciated for its firm texture, taste, flavor, and nutritional value due to its excellent consistency of cap and stem, culinary qualities, and longest shelf life than any other oyster mushroom which attracts consumers (2).

This mushroom is rich in carbohydrates, dietary fibers, chitin, and polysaccharides. It also contains amino acids such as aspartic acid, glutamic acid, and arginine. King oyster mushroom is also abundant in vitamins (C, A, B2, B1, D, and niacin) and minerals (especially K, Mg, Na, and Ca) with very low amounts of lipids, and high moisture (5). It also contains a high amount of selenium and ergothioneine which make it novel functional food (6).

Moreover, consumption of king oyster mushroom increase glycogen and insulin concentrations as well as recovering injured β-cells and reduce free radical damage. Therefore, king oyster mushroom (100 and 200 mg/kg) increases the body weight and may be useful for the prevention and management of type 2 diabetes (7).

5. The polysaccharide of the King trumpet mushroom inhibits tumor growth

Ergostadienol, dihydroxyergostenone, and other active substances present in King trumpet mushroom have the potential to enhance bone metabolism by reducing the loss of trabecular bone mineral density and protect against the bone loss caused by estrogen deficiency in a postmenopausal woman which further prevents osteoporosis (14).

King oyster mushrooms have ergothioneine and another phenolic compound which is an effective antioxidant and scavenging ability. Therefore, King trumpet mushroom products with high amounts of ergothioneine act as a protective agent and beneficially as a functional food (15).

10. Antiviral properties of King oyster mushrooms due to protease

β-glucan found in king oyster mushroom increases natural killer cell activity and acts as an immune enhancer that enables patients to rebuild their own immune system by activating humoral and cellular immunity (20).

The mast cell is responsible for the early allergic response after exposure to an appropriate antigen which results in inflammatory disorders. Consumption of King oyster mushrooms prevents or treats mast cell-dependent allergic diseases (21).

Aflatoxin B1 (AFB1) is the most harmful mycotoxin produced by contaminated staple cereals such as maize. Therefore, the cultivation of King trumpet mushroom degraded (bioconvert) up to 86% of the AFB1 in 28 days into high nutritional value material intended for feed production (22).

Side effects of King oyster mushroom

King trumpet mushroom has no side effect because practically no clinical study has been reported. Therefore it is safe, and no one really knows its long-term effects on a person’s health.