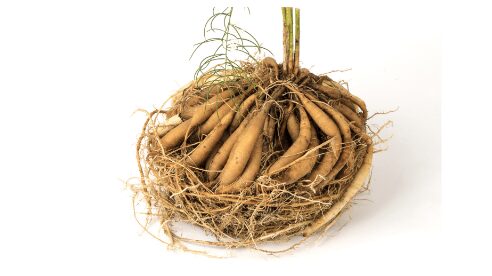 Shatavari (Asparagus racemosus) is a popular, rejuvenating herb, belonging to the family of Asparagaceae. The word “Shatavari” means “curer of a hundred diseases” or “acceptable to many”. Shatavari benefits are general well-being by strengthening and nourishing the tissues.

It reinforces the immune system and protects vital organs like the heart, brain, kidney, liver, and other organs of the body. Shatavari benefits in health are due to its antibacterial, antioxidant, anticancer, anti-diarrhea, anti-inflammatory, and many other pharmacological properties (1).

Pine needle-shaped, small but uniform arranged in a tuft.

It is found abundantly in subtropical and tropical zones. This plant is available in Africa, Java, Australia, Sri Lanka, Southern parts of China, and India, but it is mainly cultivated in India.

Some of the Shatavari benefits are as follows

1. Good as a versatile female tonic

Shatavari is considered a female tonic in Ayurveda, it has the following benefits for the woman

Shatavari contains saponins, alkaloids, proteins, starch, tannin, and mucilage. These compounds help to boost the immune system and protect the body from various diseases by increasing antibodies thus improving overall health (7). However, more research is needed to determine the effect of Shatavari on immunity in humans.

Shatavari root contains polyphenolic compounds, racemofuran, asparagamine A, and racemosol that help to remove harmful radicals from the body(11).  It also activates the antioxidant enzymes and protects from various diseases (12).

Intake of Shatavari helps to increase the output of excess fluid, mainly water and sodium, by urine without any side effects. It also helps to prevent the development of crystals in the urine that forms kidney stones. However, further study is needed to determine if Shatavari is safe for humans (13).

7. Shatavari is good for gastrointestinal health

This plant inhibits the growth of Vibrio cholera that causes diarrhea, dysentery, and vomiting (15).

Intakes of root powder of Shatavari (12 g/d) for 6 weeks show a wonderful effect on the healing of the ulcer (16).

Shatavari root helps to decrease swelling and pain by reduction of cytokine production that causes inflammation such as rheumatoid arthritis. However, more studies are needed to confirm its anti-inflammatory properties in humans (17).

Epilepsy is a brain activity disorder, which causes seizures or periods of unusual behavior, sensations, depression, and sometimes memory loss. However, Shatavari root is helpful to reduce the severity of epileptic seizures, improve learning disorders, and treat depression (19).

Shatavari contains rutin which helps to kill the cancer cells of the breast and induce apoptosis (21).

Side effects of Shatavari

In Ayurveda, Shatavari has been proved as completely safe for long-term use, even during pregnancy and lactation (22).  Its high dosage of 3200 mg/ kg showed no fatality in the mouse. However, a research study proved that Shatavari should be avoided in the first trimester of pregnancy. It may affect embryo or fetus development thus causing damage to the offspring (23).

There is no research available to prove the safety and standardized dose of Shatavari in humans. However, it is found in most drug stores, supermarkets, and online pharmacies and available as a powder, pill, and as liquid supplements.

What is Asparagus racemosus used for?

Shatavari root is a natural remedy used in traditional Ayurvedic medicine. Used as a general tonic or hormone balancer for all ages of women. It helps to treat nervous disorders and prevent aging. It is identified as one of the drugs to control the symptoms of AIDS. Also boost immunity, lower blood sugar level, cholesterol level, and uplift gastrointestinal health. It protects the body from various infections and diseases. More study is needed to confirm its effect on the human.

Are Shatavari and asparagus the same?

Asparagus (Asparagus officinalis) is a young shoot that is used as a spring vegetable. In contrast, Shatavari root acts as a strong rejuvenation for the body and improves mental functions thus used as a medicine.

What is Shatavari good for?

Shatavari is beneficial to enhance both physical and mental wellness in men and women. It boosts immunity and promotes the heart, kidney, lungs, and digestive health. Used to treat swelling, pain, depression, anxiety, cancer, diarrhea, cough, memory loss, and diabetes.

Who should not take Shatavari?

A research study suggested that Shatavari is safe for long-term use however it is necessary to consume its prescribed amount.  The person who is taking drugs like anti-diabetic or diuretic or a pregnant woman should consult a doctor before taking Shatavari. Moreover, People who are allergic to the asparagus plant family should avoid Shatavari formulations. It may cause allergy with symptoms like hives, itchy eyes, and skin, dizziness, or wheezing.