Jaggery (Gur) is a natural sweetener made by the concentration of sugarcane juice. It contains all minerals and vitamins present in sugarcane juice. Its nutritional value is higher than that of refined sugar and known as the healthiest sugar in the world. It is also called “medicinal sugar” because of its use in Ayurveda as well as its comparison with honey (1). Jaggery benefits in health due to its mineral content which provides energy for a longer time without any side effects. Jaggery is consumed either directly or used in the preparation of various sweet based foods.

Organic jaggery is produced from sugarcane cultivated in organic farms without the application of chemical fertilizers or pesticides. Three forms of jaggery are available in market viz., solid jaggery, liquid jaggery, and granular jaggery. Besides this, the sap collected from some palm trees such as palmyra-palm (Borassus flabellifer L.), coconut palm (Cocos nucifera L.), wild date palm (Phoenix sylvestris Roxb.) and sago-palm (Caryota urens L.) is used for the preparation of jaggery. The good quality of jaggery is golden yellow and hard in texture. Moreover, it is crystalline in structure, sweet in taste, less in impurities, and low in moisture. It contains more than 70% sucrose, less than 10% of glucose and fructose, and 5% minerals, 3%, and moisture.

Jaggery is known by many different names:

It is a traditional unrefined non-centrifugal sugar consumed in Asia and South America, the major producers being India and Colombia.

The major constituents of jaggery are sucrose (50%), invert sugars (20 %), and moisture (20%). The remaining part contains insoluble matter such as wood ash, proteins, and bagasse fibers, etc. It contains all the vitamins (2).

Some of the jaggery benefits are as follows

Intake to jaggery helps to enhance the antioxidants from the body. It also reduces the lipid peroxidation level in the liver and kidney (3). Thus jaggery is effective to reduce liver and kidney injury induces by various chemicals (4).

Jaggery is an excellent source of polyphenols that inhibit the enzyme (lipoxygenase). This enzyme plays an important role in the initiation of inflammatory diseases. Thus jaggery acts as an anti-inflammatory agent to treat asthma, psoriasis, allergic rhinitis, and rheumatoid arthritis (5).

Aspergillus flavus is a pathogenic fungus that produces carcinogenic toxins called aflatoxins. This toxin can damage the liver. Sugarcane plants can uptake aflatoxin from contaminated soil. But during jaggery preparation aflatoxin is reduced. Also, a higher concentration of jaggery helps to inhibit this fungus growth and aflatoxin production (6).

Drinking water is the major source of heavy metal such as arsenic, which affects the health and causes arsenicosis. However, vitamins, minerals, carotene, and polyphenols present in the jaggery help to enhance antioxidant enzyme levels (7).

Besides, jaggery reduces chromosomal and DNA damage as well as removing harmful radicals from the body. Thus, the daily consumption of jaggery can minimize the negative effects induced by environmental toxicants (8).

5. Antioxidant and gastroprotective properties of Jaggery

Research study proved that jaggery contains a higher amount of phenolic acid than white and brown sugar. This compound not only protects cells against harmful agents but also removes harmful radicals from the body.

Therefore, jaggery may stimulate mucus production, enhance blood flow throughout the lining of the gastrointestinal tract, and protect from ulcers (9).

6. Higher chromium content in Jaggery than white and brown sugar

Chromium is essential for the metabolism of carbohydrates and lipids. Its deficiency can cause disease, diabetes, and other diseases like cardiovascular disease. In short, body chromium content may reduce by eating refined sugar, because chromium excreted in the urine. In this case, the consumption of jaggery is a better source of chromium supply than white and brown sugar (10).

7. Jaggery is essential for healthy lungs

Jaggery benefits are because it contains a good amount of vitamin C which is not synthesized within the human body. This vitamin improves the respiratory defense system. It helps to treat respiratory disorders, thus preventing lung damage, induced by dusty and smoky environments (11).

Jaggery contains a good amount of iron and also contains many minerals such as magnesium, potassium, calcium, manganese, zinc, and selenium. It helps to fulfill the magnesium loss in the brain that occurs during a migraine attack and strengthens the nervous system.

Jaggery is an excellent source of carbohydrates and other minerals, which enter into the pool of nutrition. It helps to improve tissue nourishment and enhance the antioxidant system thus boosting immunity (14).

Other benefits of jaggery

Jaggery benefits are due to the high nutritive value and contain minerals like iron, calcium, etc. It contains ferrous salts (iron) during its preparation. As it is prepared in iron vessels that are good for an anemic person. Apart from this it also contains traces of mineral salts that come from the sugar cane juice where it is absorbed from the soil.

Ingestion of jaggery after a meal acts as a detox agent that cleans the liver by flushing toxins.

Daily use of jaggery may be useful to quiet down cough and congestion (16).

Consumption of jaggery purifies blood, and overcomes the requirement of iron and calcium in children and women and increases life span (17).

The solid jaggery making process involves stirring for 10–15 min. Then settling and molding allows the formation of conventional solid blocks. On the other hand, to make powdered jaggery, the concentrated syrup is stirred continuously and vigorously.

This way jaggery is not allowed to solidify in bulk and granulate by beating, to promote dehydration of the product. Both are just like sugar and applicable in the same way (beverages, desserts, and sweet and sour preparations).

Side effect of Jaggery

Although there are very little side effects of Jaggery. Eating jaggery does not cause any harmful effects on body. But handling hot jaggery or eating refined or jaggery with improved color may be harmful.

1. Jaggery can cause deadly Pediatric Burns

During the preparation of jaggery in large open boiling, vats can cause severe burn this precaution should be needed especially for children and young people (24).

To improve is color (lighter) sodium hydrosulfite or sulfur dioxide (SO2) is used in the jaggery industry. Hence, minerals, polyphenols, and flavonoids get reduced and are injurious to health (25). Therefore, it is advisable to consume jaggery which is darker in color (26).

Is jaggery good for weight loss?

Jaggery is also known as “traditional sugars” which is produced from sugarcane just like sugar. It contains 65%–85% sucrose and is also a source of calcium, potassium, and iron. Although, both jaggeries, as well as sugar consumption, may develop weight gain, hyperglycemia, and atherosclerosis (27).

Is jaggery better than sugar?

Yes, It’s cheaper than white sugar, contains various nutrients, and beneficial health effects when compared with the white sugar. Moreover, intake of sugar can cause health problems, mainly diabetes, and obesity. Thus jaggery is a good option for individuals to reduce the consumption of dietary sugar and be beneficial for health.

When should we eat jaggery?

Jaggery can be consuming any time like morning, afternoon, or night. But after a meal, it gives the complete satisfaction of food and helps in digestion processes.

How much jaggery is good for health?

No recommended dosages are reported for jaggery thus Intake of 10 -20 gm of jaggery is good for health.  But this does not certify it fit for consumption by diabetics because ultimately it is sugar. Thus, an excess of everything is bad for health (28). 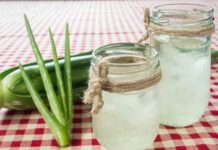 What are aloe vera juice benefits? 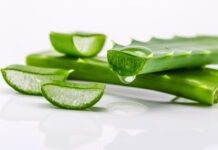 Is Aloe Vera good for skin?

Is yogurt good for dogs?